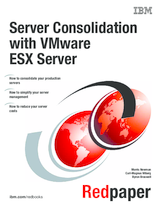 Today, IT infrastructure organizations are working hard to solve the problems created by the explosion in the scope and complexity of IT platforms adopted in the 1990s. The migration of application architectures to thin-client multi-tier architectures, the rapid introduction of four generations and multiple editions of Microsoft Windows servers and the growth of Linux have swept across IT organizations in successive waves over the last ten years. These waves caused explosive growth in server counts, network complexity and storage volumes throughout geographically distributed IT organizations. The policies and procedures adopted to gain back control of the infrastructure have often introduced their own challenges.

IT has started to regain the upper hand in the battle against costly, inflexible and disorderly infrastructure. As a first step, IT organizations have generally centralized their IT infrastructure into fewer locations for better visibility. As a second step, they are adopting a new generation of infrastructure technologies and methodologies including server consolidation.